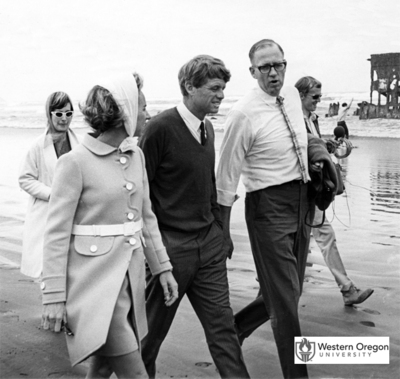 Senator Robert F. Kennedy, wife Ethel Kennedy, and Oregon State Treasurer Robert W. Straub walk together on the beach near Fort Stevens State Park. In the background are the remains of the Peter Iredale shipwreck. The photo was taken during Kennedy’s visit before the 1968 Oregon primary election shortly before his assassination.